Also in this section

Its great to be welcoming you back! Find out how we're keeping everyone safe at Coniston Boating Centre.

Arthur Ransome's tales of young pirates and explorers in the Lake District have enchanted generations. In his world woodpeckers become parrots and waterlilies are octopuses.

Born in Leeds, Arthur Ransome learned to sail on Coniston and went to school in Windermere. He worked in London as a journalist and writer and reported on the Revolution in Russia. There he met his future wife Eugenia, who had been Trotsky’s secretary.

The Ransomes lived in the Winster valley and Haverthwaite where he wrote many of the Swallows and Amazons series, the majority set in the Lake District. The books follow the adventures of the Walker and Blackett children camping on islands, mining for gold, fighting fell fires and conquering mountains. Both Arthur and Eugenia are buried in Rusland churchyard.

Spot shooting locations from the 1974 film

Create your own Swallows and Amazons adventure at Coniston

Embrace your inner Swallow or Amazon at Coniston Boating Centre - from Easter onwards experienced sailors can hire sailing dinghies - or you can explore the lake by rowing boat or motor boat all year round. 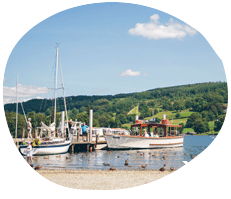 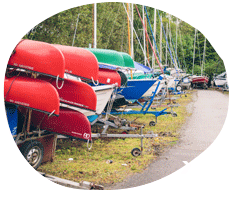 Find out about launching and storage options here at Coniston Boating Centre. 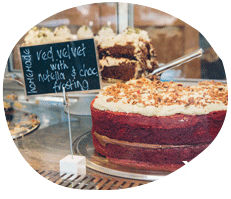 Located on the lakeshore, you can enjoy outstanding views from all the seating.